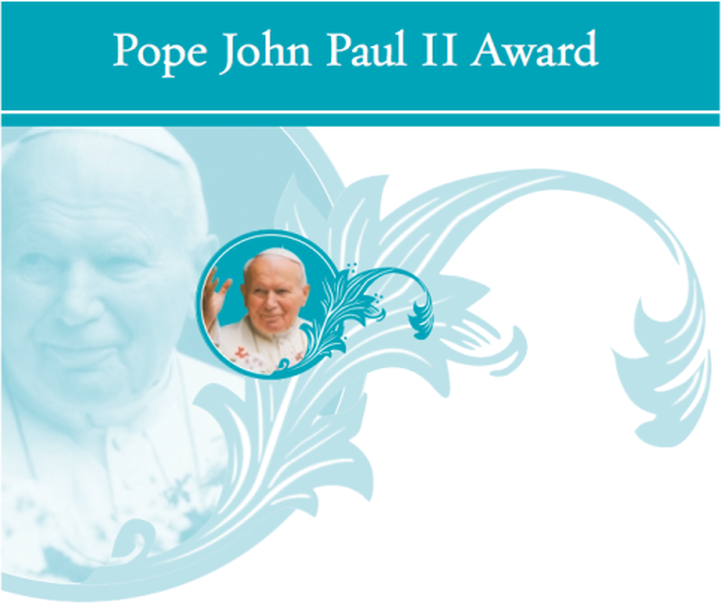 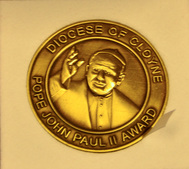 The Award was created to commemorate the late Pope John Paul II who was so committed to young people and who had such belief and confidence in them.
Through the Pope John Paul II Award, young people will be enabled to take an active part in the life of their Church, in the life of their community and society and also become more aware of the teaching and role of the Catholic Church in the world. This will enable young people to engage at a deep level with Christ, whose body the Church is.

The Award is for:

Held in Mallow on 4th Oct 2018 for the Cloyne Diocese and Neighbouring Diocese.

Guest speaker on the night was Fr Luke from the Servants of the Home of the Mother who along with his community of another priest and two brothers have recently moved to Mallow. They will be ministering/working with the young people across the Diocese, in school and supporting their families in sharing faith and life. Fr Luke surprised us with his contemporary piece of beat boxing on his harmonica and got the crowd going.

To find out more about the John Paul II Awards please contact Bernadette on 086 8031126.

Cloyne Diocesan Youth Services is a voluntary and not for profit organisation that works with young people in the Dioceses of Cloyne since 1962. Registered Charity No. CHY16840