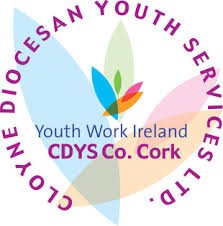 On Friday the 22nd of September from 6.30-8.30pm CDYS Mitchelstown in partnership with Cork Young Filmmakers joined together for Cork Culture Night

With screenings of films and artworks displayed from St.Fanahans College in Mitchelstown.
These included

There was also an announcement of a new project – “25 FRAMES- Film making by young people, for young people and the wider community”.

Halloween 2018 at the Big Blue Cube

Cloyne Diocesan Youth Services is a voluntary and not for profit organisation that works with young people in the Dioceses of Cloyne since 1962.

© Cloyne Diocesan Youth Services Ltd. - Hosted by GetOnline Pro
We use cookies to ensure that we give you the best experience on our website. If you continue to use this site we will assume that you are happy with it.Ok